Want More Out of Life? Don't be a puppet!

Wanting More Out of Life

After over 30 years in Brick and Mortar Retail, the thought of ever going back appalled me. The thought kept coming to me that I'm capable of so much more. The desire to live a bigger life, would not go away, instead it became stronger and stronger. I started to think that I could have a different life.

I was shocked to find out, that my subconscious didn't want me to think about having a better life. Anytime I thought of ways to change, I was immediately bombarded with negative self talk, telling me that I couldn't change. I realized that this negative self talk had been with me for years, it was repetitive, automatic and never varied.

It was almost like a script that automatically started playing every time I thought about it. I realized that I had been listening to this script since I was a child, all day every day for years. This script had given me a life of mediocrity and dis-satisfaction, by always pointing out my shortcomings, that I was a stupid, worthless, loser. Because it was so ingrained and automatic, I never even realized it was their. I was a puppet to my subconscious.

It was only after the pain became so great, being so miserable and depressed, sick and tired of being sick and tired, that I took a leap of faith and joined WA. I embarked on my journey, willing to be teachable, no matter what the script was saying to me. Slowly I started to have small successes. Each small success slowly started to quiet the negative self talk. The script started to change. I read how others were just like me, with the same hopes and dreams, and the same fears. I read how members overcame their fears by asking for help and being willing to take it. I slowly started to follow their examples.

A Lot Talk, Few Do

I started to realize that while a lot of people talk about building their own websites, and starting a blog, it's actually a small percentage that do. I was among the small percentage doing. As I learned how to install my own widgets, and download media into my posts, I realized that I was accomplishing, what I'd set out to do. I learned the importance of using keyword research, and the difference between internal and external links.

By concentrating on putting out quality content, that I tried to make both interesting and engaging, I got a few blogs ranked by Goggle. These small successes have convinced me that anyone can do, what they believe they can do. I'm on a mission to improve my life.

Are You Living A Script?

Too many people are trapped, living the scripts, their own beliefs, have written for them. They don't realize that all scripts are negative.Our brains are designed to only let information in, that supports the script. These scripts are so, ingrained and automatic, that we don't even realize they are playing us. We are like puppets, to scripts that were written, when we were children.

Wanting to help others cut the strings, that hold them back, has forced me to look at myself. My journey in WA, to learn to network Marketing skills, has turned into so much more. By sharing my journey with others, I hope to help them see, that a desire strongly held, can change even the strongest belief. What had always been I can't, becomes I can, and slowly our lives change.

As always, thanks for visiting, 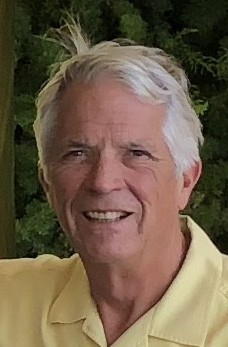